New York slows to gridlock every September as the world’s leaders descend on the city for the UN General Assembly (UNGA) and the UN Climate Summit which run in parallel with each other. With millions taking to the streets around the world calling for action, conversations at this year’s summit had a more urgent tone. Increasingly attention is being placed on food to reduce greenhouse gasses, and food waste is top of the agenda to create a more sustainable global food system. Whilst some industry leaders are making real progress, it’s clear that business as usual is no longer an option if we are to avert climate disaster.

In 2015, countries adopted the 2030 Agenda for Sustainable Development and its 17 Sustainable Development Goals. These goals, and 169 accompanying targets were designed as blueprint to achieve a better and more sustainable future for all. They address the most important global challenges, including those related to poverty, inequality, climate, environmental degradation, prosperity, and peace and justice.

Later that year, the Paris Climate Agreement was adopted by world leaders. Succeeding the Kyoto Protocol, the Paris Agreement's long-term temperature goal is to keep the increase in global average temperature to well below 2 °C above pre-industrial levels; and to pursue efforts to limit the increase to 1.5 °C. This follows recognition that in doing so, the risks and impacts of climate change would be substantially reduced. The agreement brings all nations into a common cause to undertake ambitious efforts to combat climate change and adapt to its effects.

With the advent of the Sustainable Development Goals, and The Paris Agreement, came a sense of hope stemming from global collaboration and a shared purpose. Fast forward to 2019 and the mood has changed. In the week preceding this year’s Climate Summit, over 4 million people took to the streets in global climate strikes across the globe. From Tokyo to Texas, young and old took to the streets to demand urgent action.

Having sailed the Atlantic to reach the summit, climate activist and campaigner Greta Thunberg made an impassioned speech telling world leaders that change was coming, whether they liked it or not.

Within the climate discussion attention is increasingly turning towards the world’s food system which contributes 19%-29% of total greenhouse gas emissions. Much of this is driven by the 30%-40% of food which has been wasted from farm to fork. Solving the problem of wastage is critical to solving the climate emergency - Project Drawdown, a comprehensive analysis of the world’s top 100 potential solutions to reversing the effects of climate change ranked food waste as third.

As such, Sustainable Development Goal 12.3 sets out an ambition to halve per capita food waste globally by 2030. Champions 12.3 is the coalition of businesses, governments, policy makers, researchers and civil society groups working together towards this goal. At the annual meeting, Liz Goodwin, Senior Fellow and Director, Food Loss and Waste at World Resources Institute presented the annual update on progress towards SDG12.3. Key takeaways were:

Working across the supply chain in partnership was a key theme for large food companies supported by the 10x20x30 initiative launched in September 2019. Ten major international food retailers and food providers, including AEON, Ahold Delhaize, IKEA Food, Kroger, Metro Group, Pick n Pay, The Savola Group, Sodexo, Tesco, and Walmart committed to each getting 20 of their respective priority suppliers to commit to the TargetMeasure-Act approach and reduce food loss and waste within their own operations by 2030, in line with SDG 12.3.

Data, reporting and transparency was also a topic that conversations returned to. Dave Lewis, Tesco CEO and chair of Champions 12.3 announced that Tesco would call on the UK government for mandatory reporting of food waste. The retailer has been voluntarily reporting its food waste for seven years, and also announced that 27 of its own brand suppliers, accounting for more than 50 percent of Tesco’s fresh food sales, have published data for the second year running.

On the technology side, there are some fantastic examples of innovations which have led to marked reductions in food waste whilst driving significant cost savings for food businesses.

Across the UN Climate Summit it appeared to be companies rather than governments taking the lead. Significantly, 87 of the world’s largest companies including IKEA, Unilever and Danone with a combined market capitalization of over US $2.3 trillion announced that they would be making science based targets. The groups have committed to set climate targets across their operations and value chains aligned with limiting global temperature rise to 1.5°C above pre-industrial levels and reaching net-zero emissions by no later than 2050.

E-commerce giant Amazon went further, vowing to become climate neutral by 2040. CEO Jeff Bezos also announced that the company, which delivers 10 billion items a year, would be investing in a fleet of over 100,000 electric delivery vans.

UN Secretary-General António Guterres said “It is encouraging to see many first-movers in the private sector align with civil society and ambitious Governments by stepping up in support of a 1.5°C future, Now we need many more companies to join the movement, sending a clear signal that markets are shifting.”

At the UN SDG Business Forum hosted by Global Compact, ex-Unilever CEO Paul Polman issued a call to arms for all businesses. “We’re sleeping at the wheel. Although we’re driving, we’re not driving fast enough… any time that you know that you’re polluting, putting carbon in the air, someone? is going to die. Any time that you waste food, someone is going to die. We have the tools, we don’t need more PhDs or expeditions to Mars or Pluto, what we need is human willpower.”

Polman closed by quoting Kenyan environmentalist Wangari Mathai. “In the course of history, there comes a time when humanity is called to shift to a new level of consciousness, to reach a higher moral ground. A time when we have to shed our fear and give hope to each other. That time is now.”

We cannot solve the climate crisis individually. However, where our food system is concerned, we know what we need to do and preventing food waste must be a priority. We have the tools. We have the technology. Now we need to act. 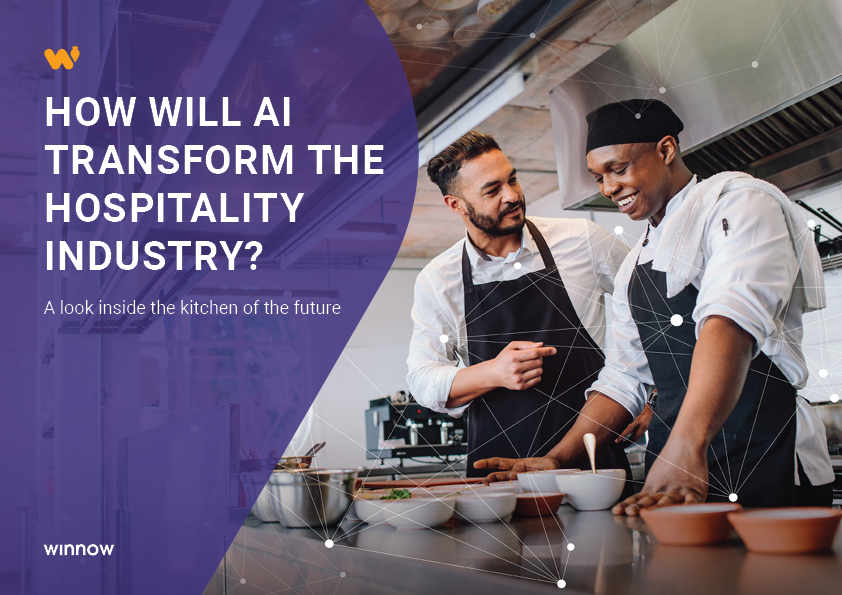