Food and Innovation at Core of Climate Change Talks

Increasing population, evolving diet and climate change will present serious challenges to our food supply chain and food security.  According to the FAO, it will be necessary to produce 60% more food by 2050. A growing population toward 9 billion people plus shifts towards more meat consumption means that global food production needs a dramatic increase. This is especially worrying if we consider that agriculture is highly vulnerable to climate change, while at the same time being a key contributor to greenhouse gas emissions.

Last month, I had the opportunity to take part in the World Government Summit in Dubai.  At the summit, the topic of Climate Change & Food was one of the top 3 issues discussed both in the sessions and in social media during the event. This is particularly pertinent to the UAE due to the fact that they import 85% of the food it consumes, and by 2025, food imports are expected to rise to by 4x their current levels.

Here are some of my key reflections from the discussions that took place during the Summit:

The non-linear effects of climate change could disrupt our food supply chain.

The major concerns around climate change aren’t just around an average rising of temperatures but the extreme weather conditions that will arise as a result.

Recent research highlights that extreme temperature events, or days where temperatures are just 5 °C higher than average, can dramatically harm yield levels of key grains.  We also know that climate will impact currents which keep the North Atlantic warm. Yale University researcher Wei Liu has recently published that climate change could cause these currents to completely collapse.

Our food system is fragile.  Small disruptions in food production can lead to surges in key foods such as rice, maize, or wheat. Although many of us in the developed world could absorb this cost increase, it would impact those with the lowest income the most.  It can even lead to social unrest.  The food price spikes in 2008 led to unrest and government actions in over 15 countries.

During the summit, Tim Benton, Dean of Strategic Research Initiatives at the University of Leeds, shared his insights on food security. His main emphasis was on how systems could be improved.

He recently contributed to the report: Sharing the Future of Global Food Systems: A Scenarios Analysis. The aim of the report is to challenge leaders to think about what the future may bring, and to motivate them to take action against climate change. According to the report's findings climate change may compromise the productive capacity of ecosystems, and the stability of societies, creating conflicts and increasing inequality. However, companies in the technology, agriculture, and food sector can create significant new value through innovations for food systems.

Technological innovation plays an important role in promoting green growth. It can also help the world to move faster toward a stable climate. Scientists and tech companies have been studying news ways to produce food in a more sustainable way. Some progression has already been made.

Meat production is a leading driver of climate change, and a massive burden on environmental resources. The FAO’s report Livestock’s Long Shadow states that the livestock industry contributes with 18% of the world’s greenhouse gas emissions. This is a little more than the world's cars, trains and planes combined. New Harvest, which presented their work at the World Government Summit, is on a mission to feed a growing global population in a more sustainable and affordable way. The US based company harvest animal products from cell cultures, not animals. They use cellular agriculture to produce meat, eggs, and milk without intensive crop and animal farming.

Another factor of high concern is the greater amount of land that is necessary to increase food production. I shared a panel with the CEO of Aerofarms. They believe that a vertical farm that can grow plants without soil, sunlight or water is the answer to the problem. Based in Newark, New Jersey, this ambitious project is set to produce 2 million pounds of leafy greens a year. They achieve it by placing plants in trays stacked 30 feet high, instead of stretching them down through the soil.

Finally, one of the most inspiring presentations came from Caleb Harper from MIT’s Media Lab. At the Media Lab they are building the Food Computer (FC).  It is a new system that is designed to produce reliable crops anywhere. It is an advanced greenhouse that  use  robotic systems to control climate, energy, light exposure and nutrients all according to a preset recipe for growing the plant. The recipes for each crop will be freely circulated on an open-source digital platform. It can be shared, improved regardless of whether the FC is in a desert, North Pole or anywhere else in the world.

The most obvious area for innovation is in reducing food waste

It is sobering when we consider that a third of the food currently produced for human consumption is lost or wasted before is eaten.

The environmental cost of producing all that food, for nothing, is staggering. Without accounting for greenhouse gas emissions from land use change, the carbon footprint of food produced but not consumed is estimated to amount to 3.3 Gtonnes of CO2 equivalent. If food waste was a country, it would be the third largest emitting country in the world after China and the US.

Climate change combined with population growth poses a real threat to food security. But, technological developments in the food and agriculture sectors have the potential to boost food production in a more sustainable way. In a brief summary, this was the conclusion from the environmental discussions held at the 5th World Government Summit . Furthermore, the summit also revealed the fantastic opportunity for the UAE to act as leader. The UAE have the real chance to take leadership in encouraging discussions and implementing actions to reduce the issues of climate change, food waste and food security. 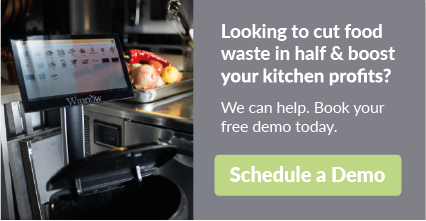 ISS Announces Program to Cut Food Waste in Half by 2024