Find out how Beach Rotana Abu Dhabi is saving 28,000 meals in a year

Beach Rotana Abu Dhabi, the award-winning city resort, boasts a central location while at the same time overlooking a beautiful bay. The property offers 879 luxurious rooms, suites and serviced apartments, 14 unparalleled dining destinations, Beach Club, as well as Zen the spa. Regal ballrooms, cutting-edge conference and meeting facilities and outdoor venues ensure success for groups up to 1,200. The hotel is also directly connected to the shops, cinemas, and services of Abu Dhabi Mall.

Winnow has been working with Beach Rotana since November 2017 to help the property reduce food waste and be more sustainable. With the help of the Winnow system, Beach Rotana has reduced food waste by 48% and is saving an estimated 28,000 meals annually.

Executive chef, Michel Jost, said “We have included Winnow into our daily and weekly briefings. We are able to measure production more accurately based on the forecasts.”

Winnow is a part of Rotana’s sustainability program - Rotana Earth, which focuses on reducing carbon emissions by the reduction of food waste among many other initiatives.

The team at Beach Rotana have been able to reduce food waste by actively tracking what dishes are being wasted the most, and at what time waste is being generated more often. They have also implemented more live counters in their buffets. This way, the customers get to eat food that is prepared freshly, on demand and also interact with the chefs making the food. All of this increases the overall guest satisfaction.

Beach Rotana prioritizes sustainability and innovation. In the words of Michel Jost, Executive Chef, at Beach Rotana, “Sometimes life is about the choice between the past and the future. Winnow is technology that falls into this category. At Beach Rotana, we've chosen the future and we are getting great results".

We can all learn something from the example Beach Rotana has set. Food waste as an opportunity to significantly cut costs while also contributing to the UAE’s sustainability journey. In a competitive marketplace and with increasingly demanding consumers, there has never been a more important time for kitchens to run with maximum efficiency. By using the right tools, kitchens can reduce food waste while improving operational efficiency and being sustainable at the same time. If you would like to learn more how other hotels in the UAE are are reducing food waste click below. 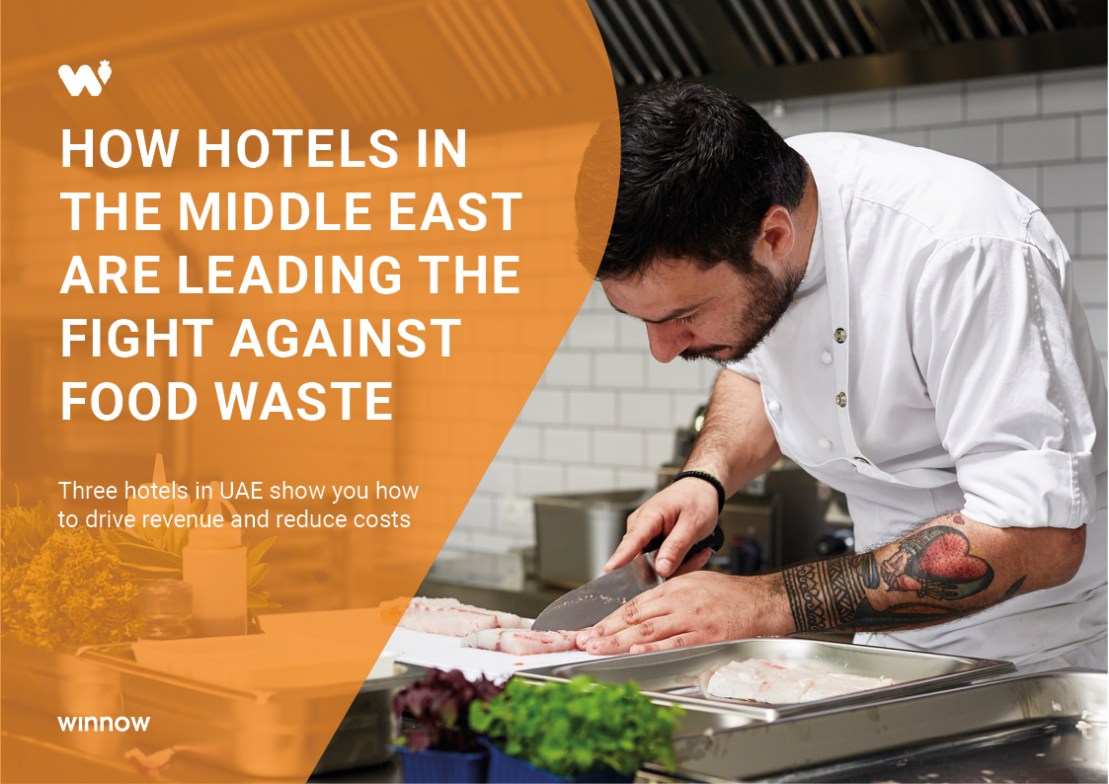