The Dubai Municipality has launched a major campaign to tackle food waste in the country. Along with the UAE Food Bank, it has urged the hospitality industry and residents to implement zero tolerance on food waste.

The campaign is part of a series of initiatives from the Municipality that include asking food establishments to present innovative ideas, tools and methodologies for identifying food losses, their causes and potential solutions. The campaign was launched last October 16th, when it celebrated World Food Day. On the day, locals were also encouraged to engage in a social media campaign using the #ZeroFoodWaste.

According to a study published by the Masdar Institute, almost half of food in the UAE hotel buffets is wasted. In addition, serving style, type of food served and the inability to predict the number of customers are the main factors contributing to the their waste. It is estimated that the country spends up to $3.54 billion a year with on food waste.

Food waste is a major and costly issue to the UAE, but the local governments are determined to reverse these figures. We applaud the Dubai Government’s campaign calling for zero tolerance towards food waste, as well all the other initiatives being deployed in the region.

These are the three ways Dubai is currently acting to drive food waste reduction across all levels of the food supply chain:

Although food waste is a serious problem, there is a growing awareness – particularly in the hospitality sector – that prioritizing food waste makes a strong business case: It delivers cost savings and helps protect the environment, at the same time. Since last year, the Winnow system has been helping large hotels in the UAE save more than $35,000 per annum in food costs.

The Pullman Dubai Creek City Centre & Residences was one of the first hotels in the region, that installed the Winnow system. The hotel achieved 4% reduction in food purchasing cost in only 4 months. The initiative is part of the AccorHotels’ Planet 21 programme that has the target of reducing food waste by 30% by 2020 across their entire portfolio of hotel brands.

"Since we’ve introduced the Winnow system we’ve been saving on average about $400 per week. If you can minimize that waste, that money can go to something else". Said, Dwayne Thomas Krisko, Executive Chef at Pullman Dubai Creek City Center & Resedences

The UAE is taking leadership in encouraging governments in the Middle East region to take action, and implement initiatives aiming at preventing food waste. We believe Dubai has the a real opportunity to be the first city in the Middle East to achieve zero food waste, and we hope to see other authorities following their example. 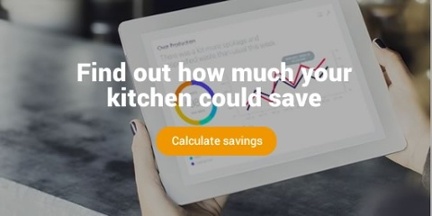