Home / Blog / An IKEA store in the Netherlands is saving over €100,000 annually by reducing food waste

An IKEA store in the Netherlands is saving over €100,000 annually by reducing food waste

With the help of the Winnow system, an IKEA store in Amersfoort has dramatically reduced its food waste and saved more than 15,000 meals.

With operations in 49 countries, IKEA is one of the world’s most popular stores for home furnishing, appliances, home accessories, kitchen products, and delicious food. Every year, around 660 million people enjoy the IKEA food offer. The brand serves delicious and affordable meals in its restaurants, bistros and food markets.

Since December 2016 IKEA has been working with its Food is Precious program, which aims to cut food waste by half before the end of August 2020. To achieve this bold target, the group has chosen Winnow as one of two key-partners. In total IKEA has deployed the Winnow system in 130 stores, and globally saved the equivalent of 500,000 meals, worth over €1,000,000.

In March 2017, the group installed Winnow in its Amersfoort store in the Netherlands. With the help of our detailed reports, IKEA Amersfoort can understand the source of its food waste, measure it, and therefore reduce it. At the moment, food waste by value is down by 40% in comparison to where it was when they started. In one full year, this reduction would mean a saving of €102,000.

We recently interviewed one of Amersfoort champions to learn how the team has managed to achieve such impressive results. One of their main initiatives has been focusing on reducing the production volumes of the 3 top wasteful dishes, and the rest of the range in order to decrease waste. Team Manager, Leander Doornekamp, explains: “Our key to success is a continual focus on our top three wasted products. On a daily basis, we discuss the top three items and how we could further reduce the waste. This attention has led to great reductions in food waste”

During the interview, Leander also highlighted that having a dedicated and engaged team has been very beneficial: “We also asked the team for their input. They come up with a lot of good ideas too, like ordering less, better insight in production quantity, ordering according to production quantity, and presenting less food.”

This inspiring example from the IKEA store at Amersfoort demonstrates that with the right tools commercial kitchen can understand, manage, and reduce their food waste. We applaud IKEA for their forward-thinking initiative. They are leading the way on how companies should address this issue. In the coming years, we hope to see more and more international brands taking measures to tackle the global issue of food waste. 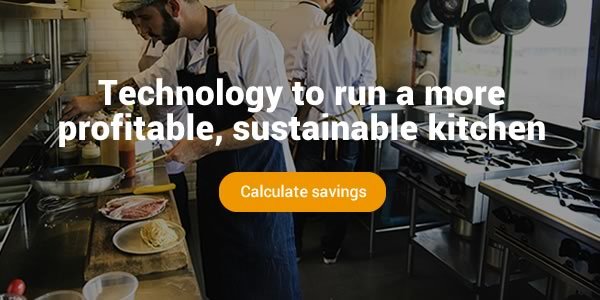